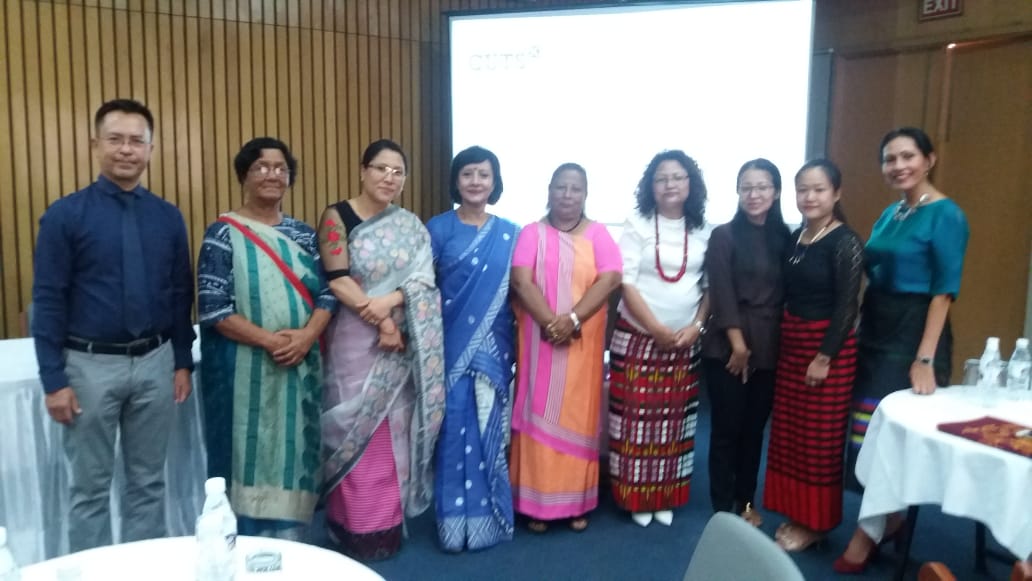 National Dissemination Meeting on ‘Enhancing Capacities of Women Traders in North-East India’ was held on Wednesday, 29th May, 2019, India International Centre, New Delhi. The purpose of the event was to bring together relevant stakeholders from within the government, multilateral agencies, and think tanks, together with women entrepreneurs from the North-East states to present the findings of the study and initiate deliberations on the mentioned subject. The objective of the project was to understand the opportunities, prospects and capacity needs of women entrepreneurs as well as aspiring traders in five states of the North-East (Meghalaya, Assam, Manipur, Arunachal Pradesh, and Nagaland).

The event also marks the dissemination of key findings from the project ‘Women Traders in the Borders of North-East India’ funded by the Australian Government which was broadly divided into two sessions, ‘Doing Business as a Woman from the North-East’, where the discussion was largely focus on experience sharing on the grassroots realities of women entrepreneurs in the North-Eastern states of India and ‘Creating an Enabling Environment for Women’s Entrepreneurship’, which was focused around bringing together stakeholders with their understanding of challenges of women’s entrepreneurship and international trade discussing about their current status of institutions, policies, and women’s position in regional trade, and how to leverage changes in order to bring about improvement.

The National Dissemination Meeting is the culminating program of the workshop held for Women Entrepreneurs and Traders in Nagaland on 4th February 2019 at the Made in Nagaland Expo Centre with Ms. Neitsope-U Thopi, Chizami Weaves, North East Network Nagaland as the Resource Person.

YouthNet is partnering with CUTS International, a non-profit organization headquartered in Jaipur, India on providing the needy with access to equal rights, amenities, education, food and developmental opportunities in Nagaland.