For Nagaland Assembly election in 2008 and 2013, YouthNet in association with the Association for Democratic Reforms and other concerned citizens formed NEW, a non-partisan civil society effort for creating accountable and transparent governance in the State.

NEW collects the affidavits filed by candidates along with their nomination papers and collated them for better comprehension of the voter. Main objective was to raise voter awareness in order to enable them make an informed choice before casting their vote.

The Supreme Court judgments of 2 May 2002 and 13 March 2003, by mandating disclosure of criminal records (if any), financial and educational information for all contestants to Parliamentary and Assembly elections, has empowered the Voter and the Civil Society to actively participate in improving the quality of polity and governance in our country.

After the Assembly elections, as part of our Electoral Reform initiative YouthNet conducted a survey to assess how much money was spent during the 2008  and subsequently 2013 elections to address the existing culture of election related corruption in the State which has become a deeply disturbing trend. To carry out the survey, youth representatives from all the 11 districts came together to collaborate and collect information from their respective districts on which a report was made. 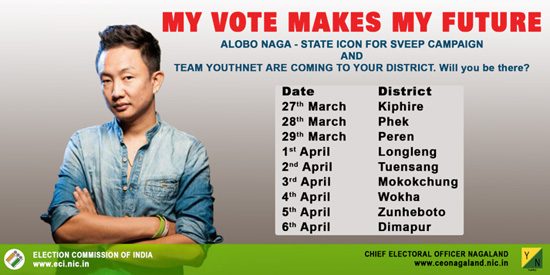 My Vote Makes My Future

YouthNet has been officially nominated by the Office of the Chief Electoral Officer to promote the nation wide SVEEP Campaign in Nagaland. Team YouthNet has toured all the 11 districts along with the State Icon Alobo Naga.

My vote makes my Future 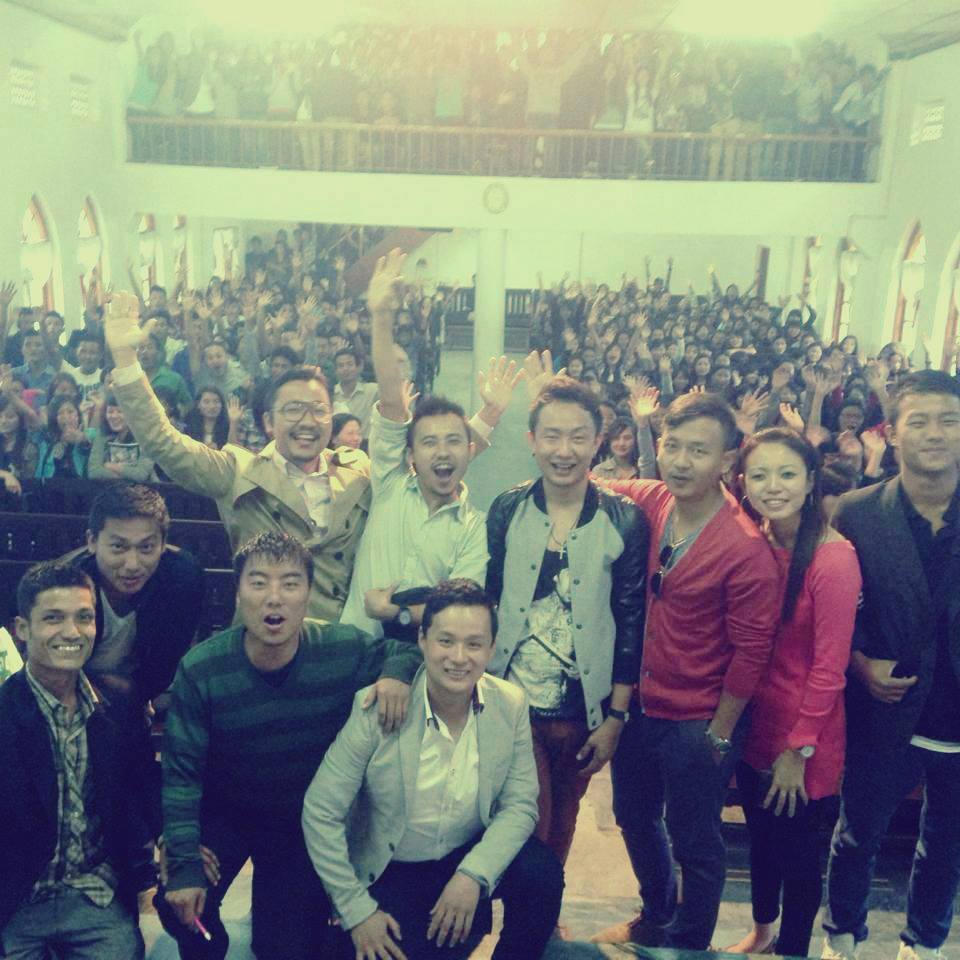 YouthNet in collaboration with the Chief Electoral Officer, Nagaland conducted the Systematic Voters Education and Electoral Participation (SVEEP) campaign all over the districts of Nagaland along with Alobo Naga – state icon for SVEEP campaign.

The YouthNet team along with Alobo Naga travelled across the districts of Nagaland spreading the message of the importance for voters to register and cast their votes. The aim of the campaign is to encourage the youth in particular and the citizens in general to enrol their names in the electoral roll and cast their votes during elections.

It is also aimed at making everyone understand the importance and significance of their right to vote which otherwise are influenced by various social compulsions that induce an individual to vote for a particular
candidate, and also encouraging people not to sell their votes or practice proxy voting.