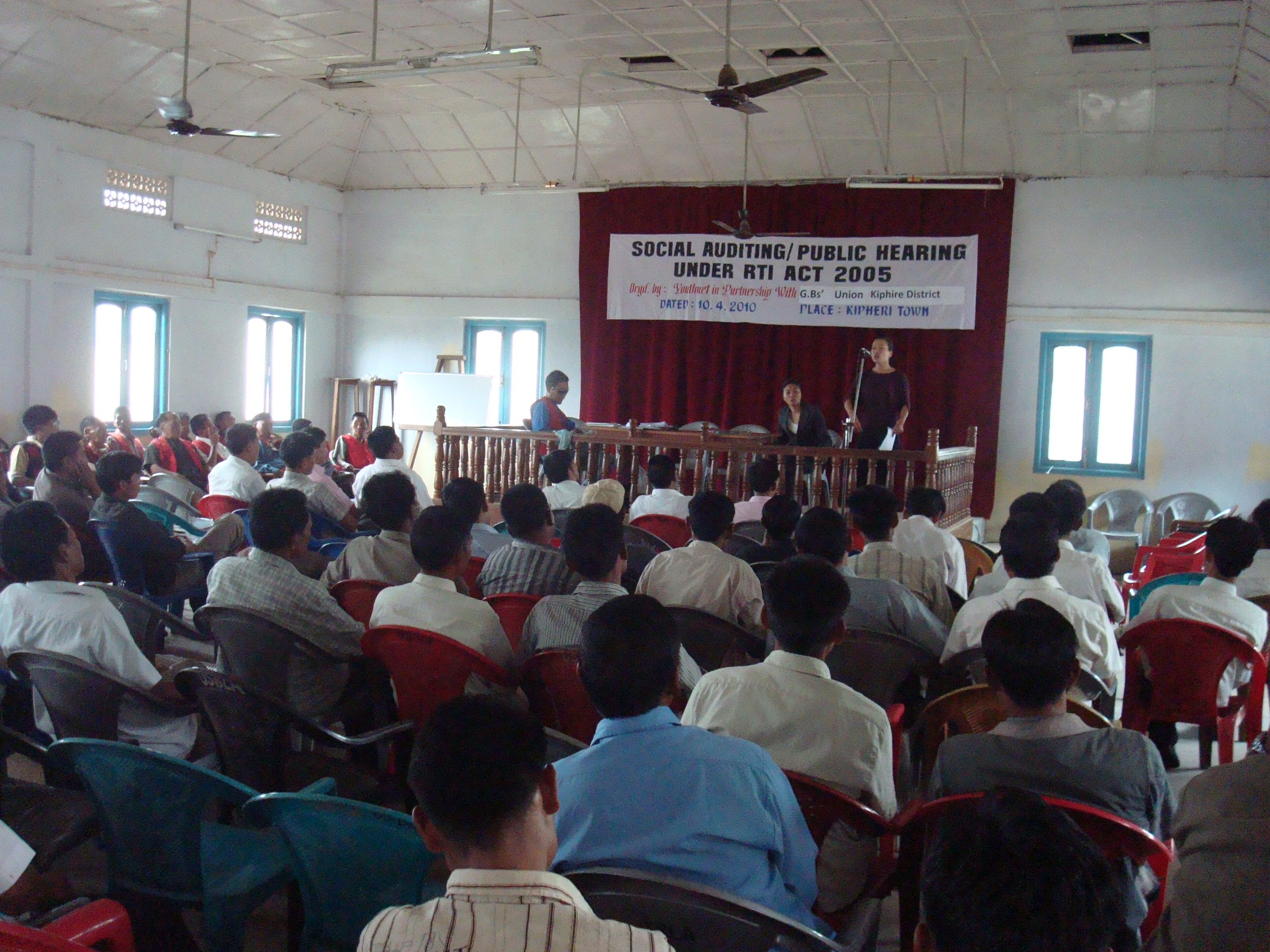 The Right To Information (RTI) Awareness for Youth: The Kohima Campaign is a five month long campaign aimed at bringing transparency in the government system through RTI.

Launched on the 14th of October 2011 and culminated in April, 2012 under the theme “Youth for transparency and good governance”, the campaign was an initiation of the Government of India, jointly organized by Administrative Training Institute (ATI), Kohima, Government of Nagaland, in partnership with YouthNet under the direction of the Department of Personnel and Training, Government of India. The main purpose of the RTI campaign was to empower youth/students to become active members in the society towards checking corruption and to assist the government in bringing transparency, accountability and good governance.

During this campaign, eleven colleges within Kohima were visited by a team of RTI experts from YouthNet, where workshops on RTI were held. Two student leaders from each college were selected as facilitators for this campaign.

A major highlight of the campaign was the drafting of RTI applications, where youths were given the opportunity to file an RTI on any government department. Drop boxes to collect RTI applications were placed across Kohima town, wherein YouthNet took the initiative to submit the applications to the concerned departments.

Throughout the campaign, some of the best questions were published in local dailies for public awareness and also to remind government departments to be more proactive in disclosing information. Some other activities undertaken during this campaign included practical training, workshops and seminars on RTI.