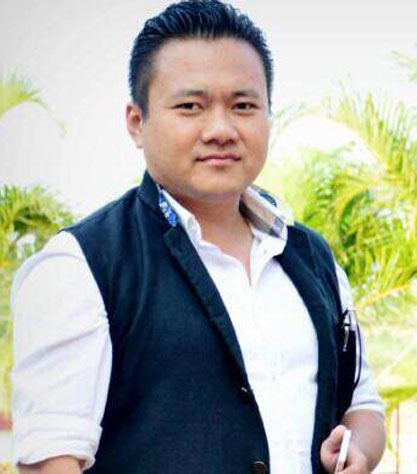 Kuchi Rangkau Zeliang studied International Management at the University of Westminster, London, and has a Diploma in Film Directing, Production and TV Journalism from the Asian Academy of Films and Television, Australia. He has business ventures in the telecom sectors as well as in construction. At YouthNet, Kuchi supervises and manages the major events that it hosts as its Co-Chair(Events